The Story of Erath

Erath wines are an expression of the land that the winery has cultivated for more than 40 years, longer than any other winery in the Dundee Hills of Oregon. The red, iron-rich Jory soils, combined with gentle breezes and warming sunshine of a marine climate, have bestowed upon Dundee a terroir of note. It has given rise to the handcrafting phenomenon, and the art of Pinot. 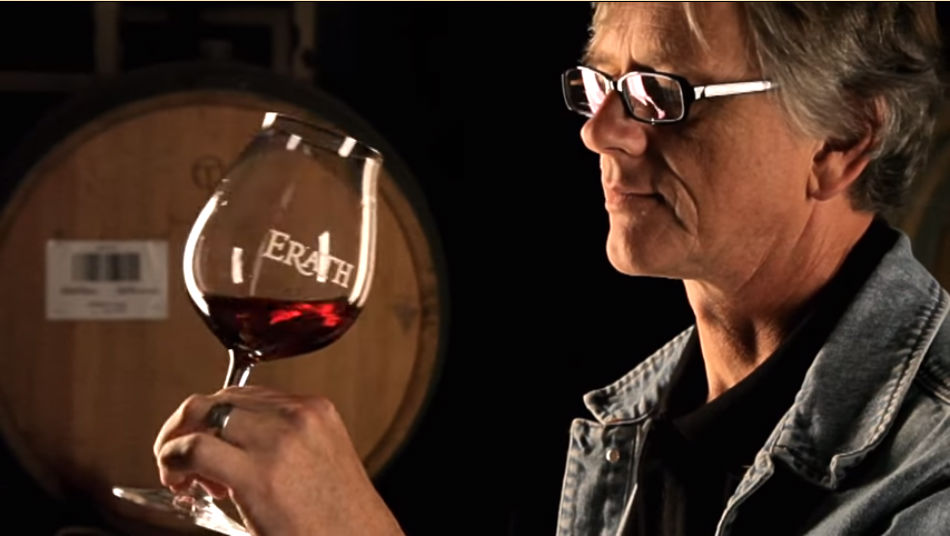 As one of Oregon’s wine pioneers, Dick Erath had always been as tenacious in his approach to Pinot as the Pinot grape is stubborn. The engineer-turned-viticulturist was first inspired to pursue winemaking in 1965 after an early garage experiment. After completing coursework at UC-Davis in 1968, Erath relocated his family from California to the untamed hills of the Chehalem Mountains. An unheated logger’s cabin on 49 acres would serve as home – and ad hoc winery – for several years.

By 1972, Erath had produced his first commercial wine of 216 cases – the first official wine production in the Dundee Hills. Enchanted with French varietals, he soon began testing non-California clones and was instrumental in importing French clones to Oregon in 1974.

In 1976, Erath broke ground on the first winery in the Dundee Hills. Early successes, including the 1982 Pinot Noir vintage, inspired leading winemakers to move to Oregon to forge their own path in this special place.

Gary’s goal of “making the best Pinot Noir the region has to offer – time honored, authentic and uniquely Oregon” is matched by his reputation of excellence.

Designed and built the Erath winery

Grew to 35,000 cases and national distribution